He broke the record at the Sunday Jump event at Africa Shrine, Agidingbi, Lagos.

The record was broken in the presence of a large audience that included Sen. Ben Murray-Bruce, the deputy high commissioners of Netherlands and The United Kingdom, reports Femi’s sister, Yeni.

“Femi did it at 55 years old,” his sister, Yeni said on Instagram.

She also said the “Sorry Sorry” crooner would be attempting the feat again in two weeks time in the presence of the Guinness World Records officials, so it can go into the books.

Afrobeat buffs and fans have flooded Femi’s twitter timeline with messages of congratulations.

See the messages below. 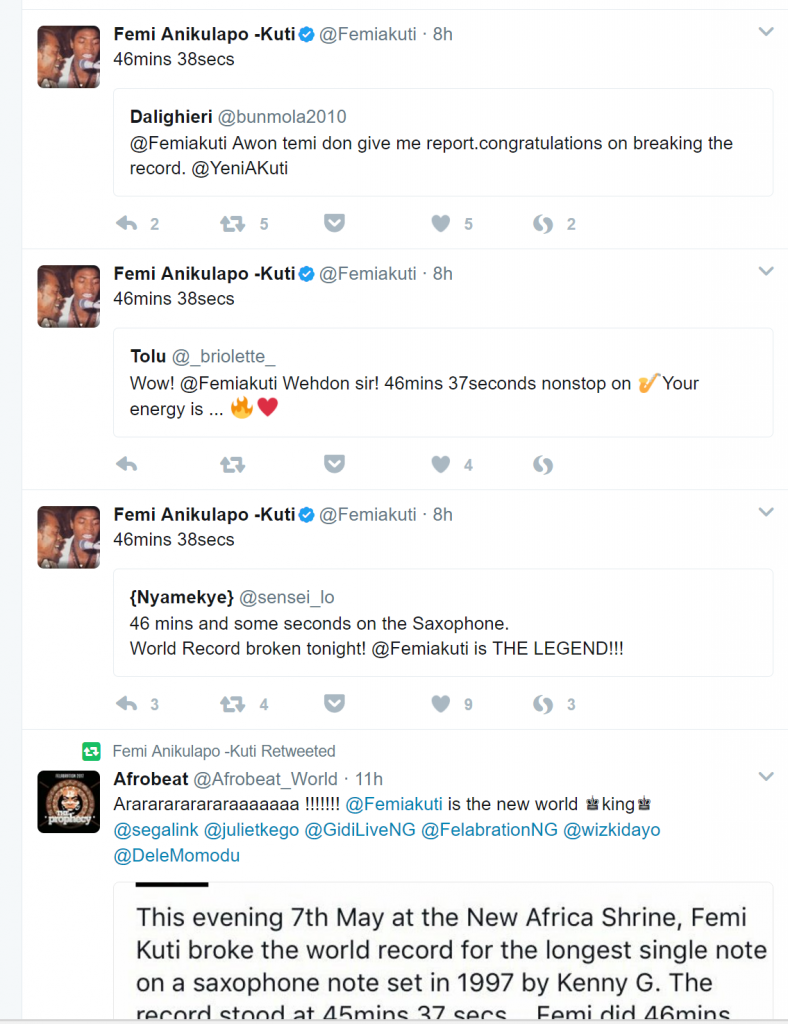 After Jaypaul’s Eviction, Saskay Says She Feels Like Widow