Don Jazzy has weighed in on the rape allegation against his former business partner D’banj, which has taken a prominent spot on social media.

In tweets he shared, the ace music producer implored the police to thoroughly investigate and the court to do justice on the case which he said saddens his soul.

Don Jazzy who urged all victims to speak up, affirmed that it is also important that every accused person is given an opportunity to set the facts straight.

The Mavin CEO who averred that the truth will always prevail no matter how long a lie lasts, pointed out that the fact remains that one of them is a victim and the law will protect that person. 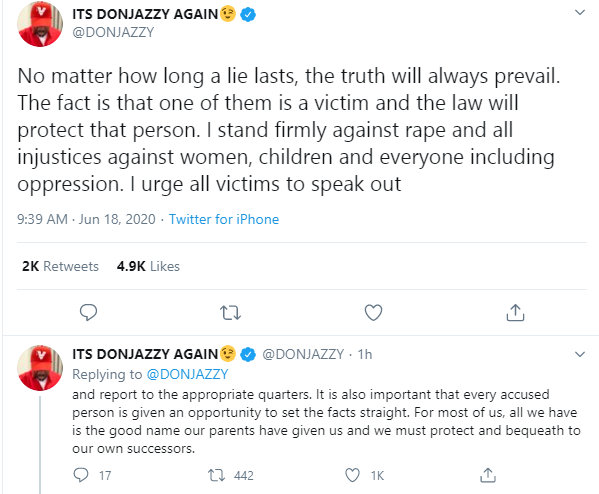 OPINION: Why Media Stakeholders Must Collectivise Against NBC’ Discretional Amendment of Broadcasting Code

Police Arrest Man With Firearm, Other Weapons In Ogun