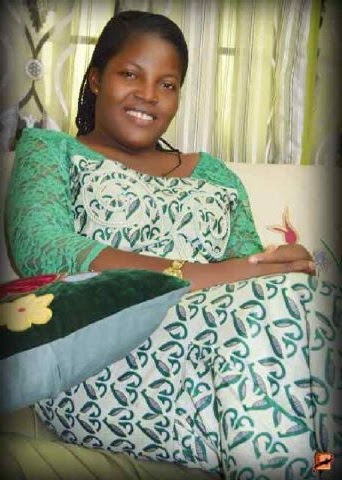 Popular yoruba actor, Odunlade Adekola’s wife, Ruth Abosede Adekola reveals what life is like being married to the actor who has lots of female admirers.  She also cleared the air on the misconception that Odunlade is a bully and wife-beater.

In an interview with City People, she explained in detail how it has been, being a super star’s wife, read the excerpts from the interview below:

How did you meet Odunlade?
We actually met miraculously. We both attended the same church and we were at a programme in the Church auditorium where we started as friends back then. The church is Christ Apostolic Church, Sabo Abeokuta. It was at a Night Vigil.

Before the vigil, were you seeing each other?
Yeah! We had been seeing each other for a very long time but that vigil was the first time of talking to each other. He is far older than me; I normally described him as a big brother to me anyway. That was in 1995.

After meeting in 1995, when did the love thing come into it?
Initially, when he approached me that he likes me, that he wouldn’t mind to getting married to me, I was unsure of him, but in the long run, God made everything possible.

Why were you unsure of him?
There was nothing but about his job as a movie practitioner. But it has been destined that we will be together, here we are today and God has blessed our coming together with three baby boys. Why I was afraid was because his job entails to be amidst several women, and the woman who will marry them ( actors) must be patient. That was why I never wanted to give in to his proposal. Eventually, I and my family went to our Pastor who prayed for us concerning this, and I was told he is the right man for me and I went ahead with him.

How did you feel when he asked you out?
I wasn’t feeling any special because then I was running my National Diploma programme at the Moshood Abiola Polytechnic ((MAPOLY)in Abeokuta, and for sure you must have met a whole lot of men, so coming to me wasn’t a big deal. Only thing that was uppermost in my mind was his job so that he won’t one day dump me for another woman.

What really attracted him to you?
When we were dating, I got to know he is very a caring man. I could see in him that he is very much in love with me.

When he asked you out, did you foresee him becoming this big in the industry?
Of course in whatever we do, we always pray that God should enlarge our coast. I know he will some day be known in his line of business but not as great as he is and I pray that God will not bring him down.

How do you cope being Odunlade Adekola’s wife?
I have no option than to cope with any situation I found myself. No matter the thousands of women that come his way, I know the kind of husband God gave me. Even though he goes to movie location for ten months, I trust him that he will not fornicate over there, and this always gives me rest of mind.

How do you know he doesn’t sleep around?
Appearance shows the manner! If he had engaged himself in such, there is no way that I will not know. He receives calls in my presence when he is at home and virtually all the calls he receives per day are from women and I used to overhear their conversations. Assuming he has skeleton in his cupboard, he won’t pick his calls in my presence.

On the average, like how many calls does he receive per day?
That is one big question I won’t be able to answer because he takes a lot of calls per day. Is it from friends, colleagues or fans I want to start narrating for you?

How can you describe him when he is not on set?
Odunlade Adekola is not the same when he is at home. He never for once let his acting change him for worse. I am like a small god to him; he never for once tries to underrate me. He has met with a lot of top women who will probably want to be with him and he has never said who you are to me despite the fact that I am a nobody. There is no gain in denying the fact that he loves me which I also do.

How do you react when people gossip about him to you?
I don’t feel bad because I know what he is capable of. Some women are not in any relationship let alone marriage, all they are after is how to ruin the ones that are going on smoothly, so, I don’t bother myself about side talks, and if there is anything I heard that is not pleasant to me, I walk up to him to know the truth, and he will never hesitate to tell me the truth, and we both settle it amicably. I want to tell you that we’ve not quarrelled for once before and we will never do such by God’s grace. He is just too playful. We might sit at home he will just say see how this one walks, he will say it in a comic way and we will all laugh. He is too funny. We all feel his absence when he is not around. 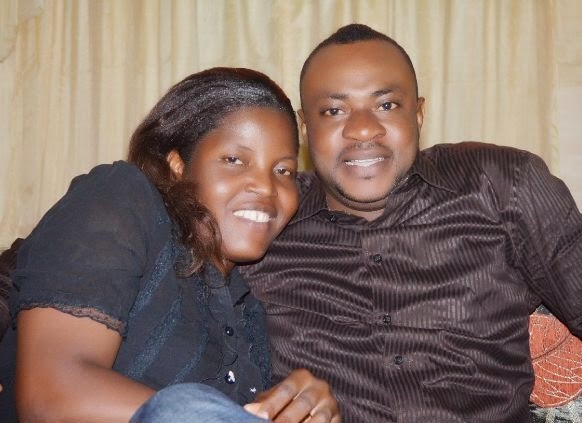 You are such a person who doesn’t talk neither attend parties like other celebrities’ wives, why?
That was how I was created. I am a kind of person who doesn’t have appetite for troubles, and I don’t do beyond what I know. You can’t give what you don’t have. I am just cool with the kind of person God made me. As you are seeing me, I have no friends and I really appreciate that.

Why don’t you have Friends?
This is because I can’t cope with friends. If I create space for them to move closer to me, they will be feeding me series of gossip that are not real simply because they want to chase me out of my matrimony. My marriage with Odunlade grew and very strong because I chose not to keep any friend. If would leave Odunlade for a very long time even before he became a star if I had kept one.