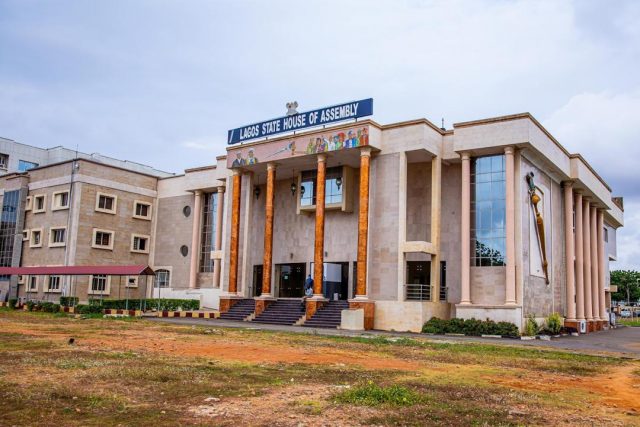 By Okunade Adekunle
The existence of cultism and unlawful societies will soon be a thing of the past in Lagos state, as members of the state’s House of Assembly have proposed 21years imprisonment as retribution for residents involved in cultism and unlawful society.
This was contained in a Bill entitled; “A Bill For A Law To Provide For The Prohibition of Unlawful Societies And Cultism In Lagos State And For Other Connected Purposes,” which went through a public hearing on Thursday, September 24, at the Assembly Complex, Alausa-Ikeja.
In the bill, any person who by any means of intimidation, harassment, blackmail or threat of violence, compels any person to join an unlawful society, commits an offence and is liable on conviction to a term of fifteen(15) years.
The bill prohibits people from forming, organising or belonging to any cult society, and states that once the activities of the society are inimical to the peace of the society it is a secret society.
It, however, added that any person who in order to compel a person to join an unlawful society, at or immediately after communicating to the person to join the unlawful society or any other person, commits an offence and is liable on conviction to a term of twenty (21) years.
“Any person, who being a member of a cult or unlawful society sets fire to anything in an open or enclosed place, or uses a firearm or an offensive weapon of causes to be used any deadly object, acid or any potent chemical within premises in any location within the State or causes a firearm or an offensive weapon to be used or set fire to anything in such a manner as to endanger the health or property of any other person, commits an offence and is liable on conviction to a term of life.
“Any student or member of any educational institution must not belong to any group or society that is not registered with the student affairs department of a university or any educational institution in the State,” the bill read.
It added, any association or society of students on campus or any other educational institution whose activities are inconsistent with the promotion of learning, social development and citizenship behaviour shall not be registered.
On Principal offenders, the bill states, any person who contravenes, aids or abets, protects, covers up or condones any other person who commits an offence under this law, or as an accessory before or after the fact of the contravention of any of the provisions of this law, commits an offence and will be regarded as a principal offender, who will be charged with doing the act or making the commission that the person that committed the offence made and is liable on conviction to the same punishment that the person, who committed the offence is liable to.
On arrest, the bill states, police officer or any other person may arrest without warrant any person who commits an offence against the law.
“A person arrested in accordance with subsection (1) of this section will as soon as practicable be arraigned before the Court having jurisdiction in the place where the offence was committed to be dealt with according to the provisions of the law,” it read.
Earlier in his welcome address, Chairman of the House of Assembly Committee On Judiciary, Human Rights, Public Petitions and LASIEC, Hon. Victor Akande said that the Lagos parliament has institutionalised public participation in law-making through a public hearing.
“Public hearing is meant to assist the House to come up with better laws. The law is meant to criminalise cultism in our schools and guarantee peace in our societies,” he said.
In his keynote address, the Speaker of the House, Rt. (Hon) Mudashiru Obasa, who was represented by the Deputy Speaker, Hon. Wasiu Eshinlokun-Sanni said that the bills were important to the development of the state.
“We are here today to discuss how to protect ourselves and our societies. We may have noticed the alarming rate of cultism and how our children are being indoctrinated. The issue has now extended to our primary and secondary schools.
“It is incumbent on us to act now to protect our societies. A law against drug abuse is also being considered by the House. The amendment to the criminal justice law will further increase the criminal justice system by removing all the bottlenecks,” he said.
Overviewing the bill, the Leader of the House, Hon. Sanai Agunbiade said that it was a very important bill and that the act of cultism has eaten deep into our society, adding that it was important for the government to intervene in it.
“The Lagos State Government has seen the need to work on the bill and review it. The bill has 19 sections and it takes cultism issue beyond the campus.
“The cultists have left the campuses due to the way they are being dealt with and cultism has extended to primary and secondary schools. The Bill shows the serious desire of the government to keep society safe. It defines cult, firearms and others,” he said.
Contributions were taken from stakeholders including Deputy Registrar of the Lagos High Court, Mrs Ariyike Ipaye Nwachukwu, Deputy Rector, Administration, Yaba College of Technology, Dr Titilayo Ukaba, Mr Emmanuel Oluwagbenga Bello from Alimosho and the representative of the Lagos State Commissioner of Police, Mr Kayode Odumosu, ACP Oketunji Sola.

Anger As NSCDC, Bailiffs Lock Out Landlords, Children In Ondo Over Land Dispute