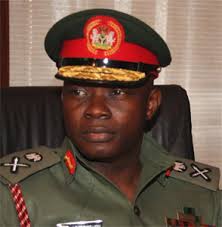 The Nigerian military is set to end the admission of female cadets into the combatant course of the Nigerian Defence Academy.

A set of 20 females, nicknamed Jonathan Queens, were first admitted into the course in Nigeria’s premier military officer training institution during the former President Goodluck Jonathan’s administration in 2011.

The suggestion to terminate the programme was made by the Armed Forces Council which was inaugurated by President Muhammadu Buhari last week.

He said, “It is only the Regular Combatant Commission that can give an officer the opportunity to aspire to head any of the services or rise to become the Chief of Defence Staff, while the others have limited career path. If the military is able to scrap this programme, women will never be able to head any of the arms of the Nigerian military.

“The northern Muslim leaders want to prevent a situation where one day, a woman will lead the army and give orders to men.”

Incidentally, it was reported in 2013 that of the first 20 female cadets, only one Muslim, Fatimah Saleh, enlisted. She had also stated that her “Arabic school teacher” had advised her against joining the army.

The general said those pushing for the scrapping of the programme had convince the President that women were not doing well in the programme.

He said, “When we started the training of female cadets in 2011, we never thought it would be successful. When the first set of women cadets graduated from the academy last year, women won three awards, including the best award in the navy category.

Also, Women Arise for Change Initiative said the move was a ploy to marginalise women.

Its President, Dr. Joe Okei-Odumakin, said necessary action would be taken to challenge the policy.

Okei-Odumakin said, “It is an unacceptable discrimination against women; highly insensitive. They must tell us why they are putting this glass ceiling.”