With barely a week to the elective convention of the Peoples Democratic Party (PDP), stakeholders of the party from the north under the auspices of the Northern Elders and Leaders Forum have thrown their weight behind the South-West geo-political zone to produce the national chairman. 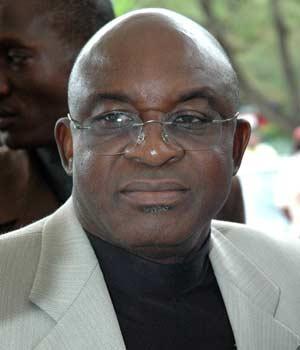 In a communique signed at the end of its meeting which ended in the early hours of yesterday, the forum called on all geo-political zones to put in place measures that would reconcile those not disposed to the contentious micro zoning arrangement.

Among Northern leaders present at the meeting were Senator David Mark, Dr. Ahmadu Ali, Senator Ibrahim Mantu, Ambassador Aminu Wali, Professor Jerry Gana and Mallam Ibrahim Shekarau. Also present were Senator Jonah Jang, Dr. Muazu Babangida Aliyu, Mallam Adamu Maina Waziri, Mr. Gabriel Suswam among others. Their assertions were immediately rebuffed at a press conference addressed by a group, Northern Youths Politicians of PDP like-minds who flayed the elders for their decision to back the South-West as they claimed that at no time was the office of national chairman micro-zoned to the Southwest.

The statement of the Northern elders was signed by the former governor of Kano State, Mallam Ibrahim Shekarau and the erstwhile Speaker of the Benue State House of Assembly, the Rt. (Hon.) Margret Icheen. In their communiqué the elders called on Northern delegates to support the South-West chairmanship bid, even as it enjoined the National Caretaker Committee (NCC) to conduct a free fair and credible convention slated for Saturday. “In line with our resolve to rebuild and reposition the PDP, we urge delegates from all the Northern states to abide by this decision and vote for only aspirants from the South-West geo-political zone in the forth coming national convention, in the best interest of the party.

BREAKING: Buhari off to London for Medicals