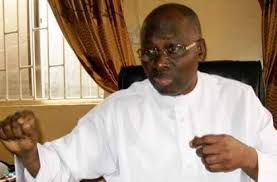 Muse from Lagos island represented Lagos Central from 2007 to 2011.

Senator Oluremi Tinubu, wife of All Progressives Congress National Leader, Asiwaju Bola Tinubu, took over from him in 2011.

The remains of Senator Muse are slated for burial later on Tuesday.